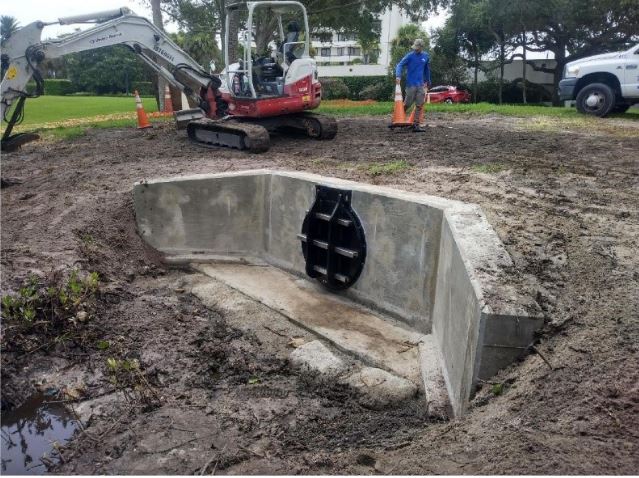 UESI was contracted by Jonathan’s Landing Property Owners Association to remove a failing rip rap bag headwall and flap gate on a 36” lake equalization drainage pipe. First, the crew demolished the existing headwall and flap gate, then completed the grade and compact the soils in preparation for the new C.I.P concrete headwall. Next, the crew built the form work, installed reinforcing steel, and poured the new concrete headwall. After some concrete curing time, the crews removed the form work and installed the new HDPE flap gate, backfilled, graded and restored the site. From start to finish this project progressed without any issues and the client was very impressed with the crew, the progress and the finished product. 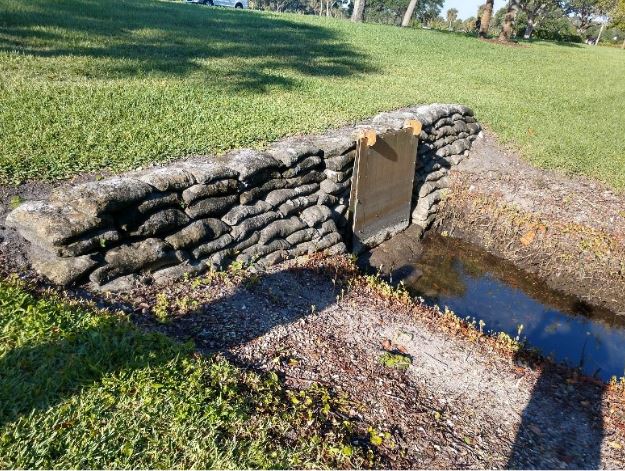 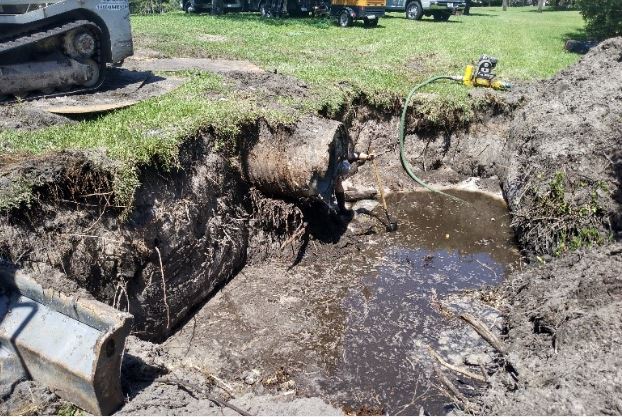 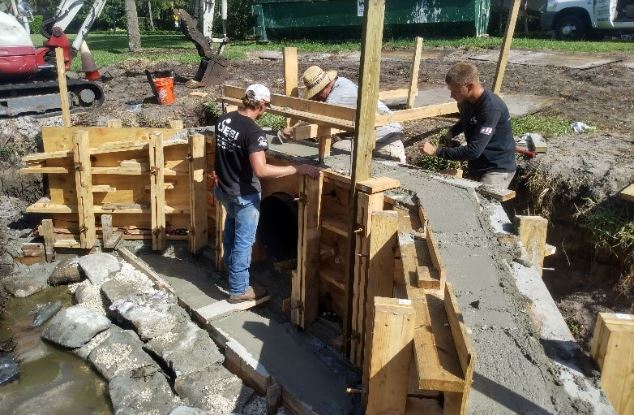